You're always one decision away from a totally different life

I moved to America with $100 in my pocket. Now I’m a millionaire.

Yeah, I know you’ve heard that before. But I really am the classic American “rags to riches” story.
‍
I’m a Brazilian immigrant turned investor, author, international speaker, and teacher. I moved to the US in 1998 with only a dream and $100 at my disposal. Against all odds, I achieved the American dream using tax deed investing and the gig economy to fuel my success.
‍
Here’s how this all happened...

When I first arrived in the US I worked all kinds of odd jobs.

I started as an apprentice at Virgil’s Café and slowly worked myself up to become the head chef of the restaurant. But somewhere along the line, I realized that working in the restaurant industry was very “labor” intensive. I was working 7 days a week, 14-16 hours a day. Yes, I was making good money, but I didn’t have much time to enjoy it.

My business partner was going through a rough divorce, and I could see that it was going to affect our work together.
I had gone to Florida for vacation 6 months prior and an opportunity came up to buy a FedEx route from a relative who was based out there. It was perfect timing. I sold my part of the restaurant business, moved to Florida, and bought my FedEx route.

I was single at that time and was looking to live “La Vida Loca”. I wanted to make sure that I only worked Monday to Friday.

With my Fedex truck, I thought I had made it - but in reality, I was just where I had started.

Later, I realized that buying a FedEx route was just another fancy word for “employee”. And so, I determined that it was time to start working on a pillar of wealth called “Real Estate”. That was how I started to shift. After watching so many HDTV shows, I thought I had understood it all and so I decided to start investing.

By 2004 I had 12 properties. I was leveraging like everybody else, taking out mortgages in order to afford my properties. That’s when I received a book that, 5 years later, would transform my life. At the time, I was too preoccupied with other matters and did not see the importance of investing my time into learning. Like many of us today, I thought I knew it all and that I didn’t need to learn anything else. I tossed the book into my office and never read it. I kept doing what I was doing and ended up going into early retirement, selling my FedEx business, which I had grown to 3 trucks.

In 2008, I lost everything due to the real estate bubble burst. I had 17 properties, and all of a sudden 16 of them were just… gone. I had to move to Houston and live in the only property that I was able to salvage. I had to go back to driving a truck so that I could keep my family afloat.

I was broke, my credit was ruined, and my early retirement was over with.

Moving my family to Houston, Texas, I found myself working for FedEx, barely able to make ends meet. I wasn’t even able to scrape enough money together to fix our water heater, so my family could have a hot shower.

Near the end of 2008, five years after my friend had given me the book that I’d had no time or desire to read, I found it again on my desk at home. Taking it out to read it, I learned about the two most profitable forms of investment: Tax Liens & Tax Deeds.

And so my journey began...

After reading that book I was mind-blown. I couldn’t believe my eyes! I could finally have my real-estate career back. And, that’s exactly what happened.
‍
Fast forward to today, I have over 800 transactions under my belt, I’ve bought properties for as low as $31.28, and in one of my best case studies I bought a property that’s worth $1.3 million and I only paid $6,342.79 for it.

Along the way, I discovered the power of the gig economy.

People believed that you must own a piece of real estate in order to make money from it. What if I told you that, by just tapping into Airbnb, an industry projected to hit $10 billion in 2021, you can start making money without owning or buying real estate? That is a trend to look into. Most investors are stuck on the RICH DAD—POOR DAD era, now it’s time to be the SMART DAD.
‍
With that in mind, I set out to build my short-term rental EMPIRE. I now have over 60 units in my portfolio that generate over $100,000 a month! 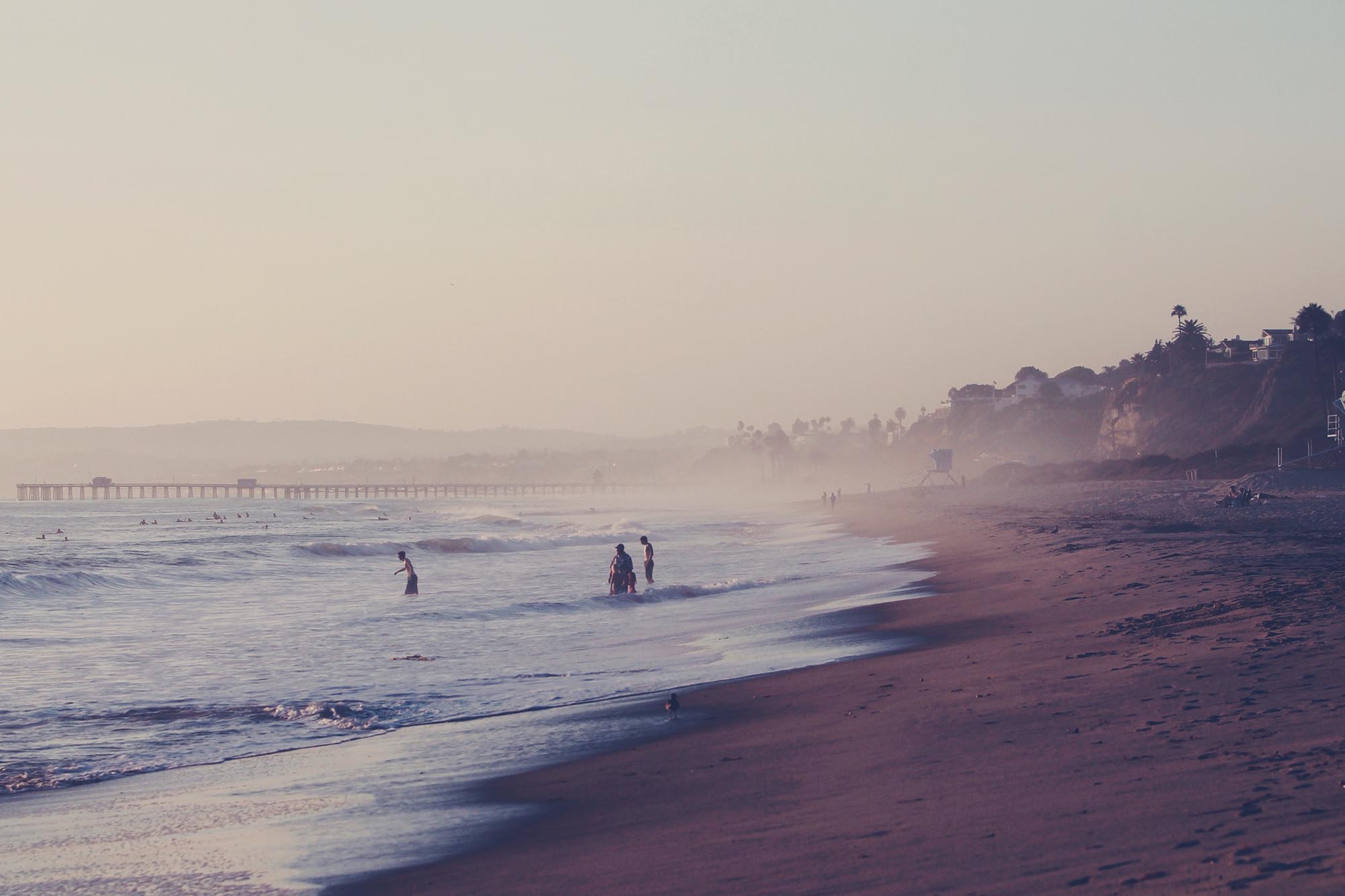 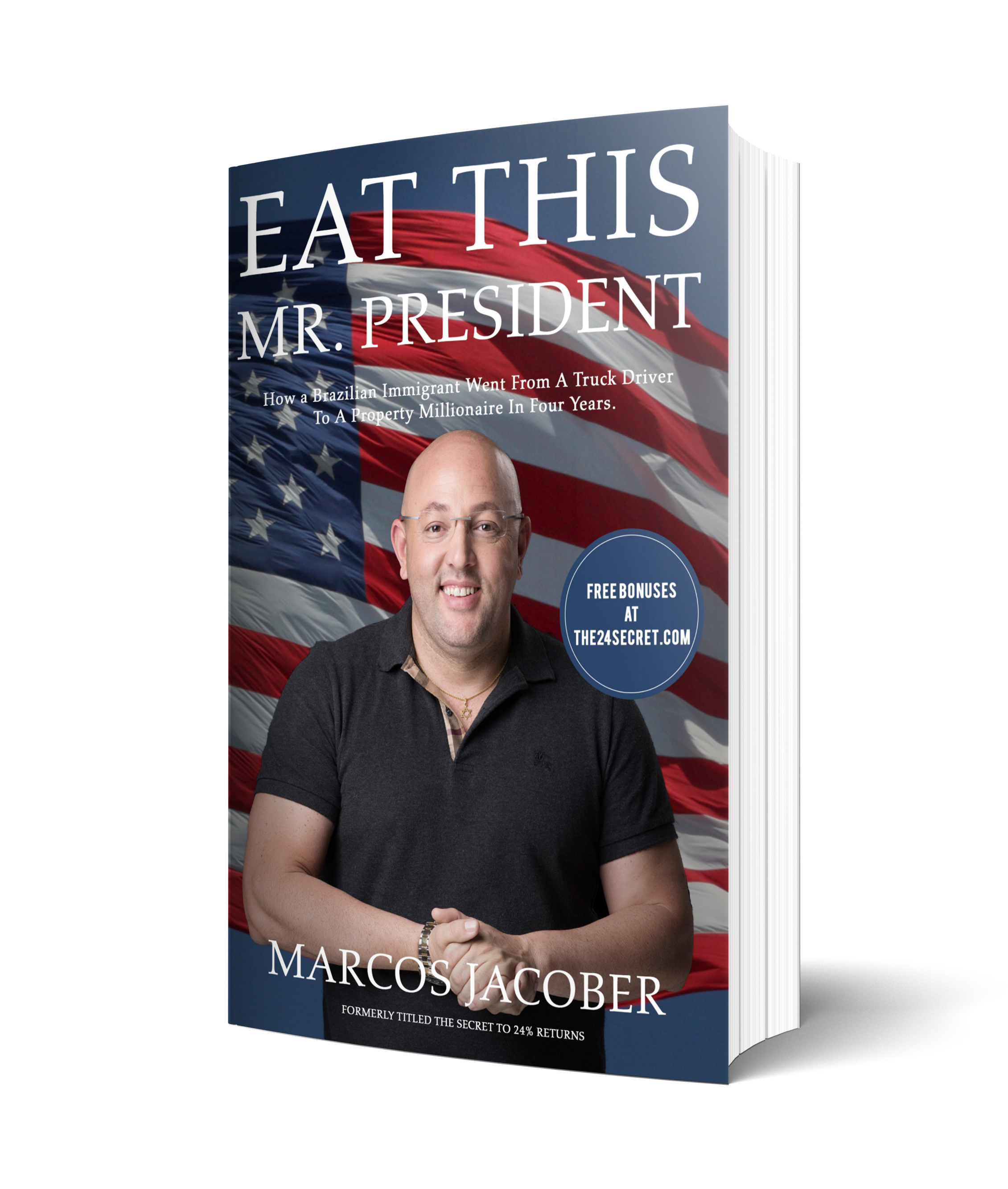 I’ve got an amazing (and growing) team that helps me teach entrepreneurs from around the world how to make millions by investing in Tax Liens and Tax Deeds and how to launch the short-term rental business of their dreams. I’m the author of the book “Eat This Mr. President”. I put on live events and talks for attendees from around the world. And I still get to spend a lot of time with my son and daughter – and I have enough time to work on my passions. All of this was possible because I decided it was time to take control of my life. And now, it’s my goal to help people around the world create the real-estate business and the lifestyle of their dreams.

It worked for me, and it WILL work for you.

I’m no different from you. I was simply trying to change my life for the better, just like you’re doing right now. You know what you have to do, and why you have to do it. My mission is to show you how.
‍
So, I have two options for you. If you’re ready to dive into your Tax Liens and Tax Deeds business, go ahead and watch my free TDB Workshop below. If you’re leaning more towards the short-term rental side, sign-up to watch my free HCF Workshop. I’ve had people make six figures just from watching these free videos!

Get the behind-the-scenes strategies and secrets used by the world’s most successful real-estate entrepreneurs.

Thank you! Your submission has been received!
Oops! Something went wrong while submitting the form.